Chifflet describes Lake Antre and its environment around 1640

Born September 20, 1592 in Besançon. He belonged to a patrician family that counted several generations of scholars. He joined the Society of Jesus in 1609, he continued his training in Lyon and Avignon until 1618. Already his taste for religious history was more than evident. He helped his older brother, Jean-Jacques, for the completion of the Vesontio, published in 1618. During the years 1618-1626, where he taught, in the colleges of Tournon, Vienne, Chambery and Lyon, the humanities, rhetoric and the philosophy. In 1626 he returned to Franche-Comté, after a passage in Besançon and Pontarlier, he was appointed to the college of Dole where he remained until 1630.

The Jesuit Pierre-François Chifflet had become a recognized expert in the hagiography of France and the region of Franche-Comté; in particular, he was a valuable collaborator of the early Bollandists, to whom he sent many hagiographic texts. In 1627, he had submitted to Father ROWEYDE the plan for a whole hagiography of Franche-Comté and neighboring regions, which he thought he would publish. His curiosity is limitless. His interest fell on all the riches of the Abbey of Saint-Claude, formerly Saint-Oyend. In advance, he had drawn the plan of a vast work, based on ancient texts, which he will call Sacrarium monasterii Jurensis Condatiscensis.
In May 1667, permission was given to CHIFFLET to publish the Claudianae Illustrations, which is a part of his work on St. Claude. In 1681, CHIFFLET, was now eighty-nine years old, always had hoped to see the Sacrarium monasterii Jurensis printed. Unfortunately, he died on May 5, 1682.

In his work on VILLARDS D’HERIA, Lucien LERAT in 1965, indicated that “the anonymous Besançon” gave the text of the dedication to Mars Auguste after “Father CHIFFLET“. LERAT goes on to say: “It is certainly Pierre François CHIFFLET and the work in which he had been able to speak about the recent discoveries of the lake of Antre must be his Sacrarium monasterii Jurensis Condatiscencis, a work that remained largely in manuscript form … It has not been possible for me to have the necessary research done on the manuscript preserved in Brussels. ”

It is in a document annexed to the work mentioned by LERAT, which is found the document relating to the lake of Antre: Illustrationes Jurenses, and in chapter V whose title is: where to find the villa Jurensium, of which it is about? The chapter is composed of four pages where one finds, indeed, a transcription of the inscription Marti Augusto.

Pierre François CHIFFLET could be the first historian to write on the lake of Antre. His work was ready to print in the year 1667, “the work is considered complete, since the manuscript is subject to the censorship of the Roman Jesuit superiors, who approve it”.
Once this document was found, it was written in medieval Latin and required several speakers (G. GRILLON, G. MOYSE and F.DOLBEAU) for its analysis, transcription and translation.
Chifflet – location of Villa Jurensium
Villa Jurensium is the expression for the place where Saint Romain and Saint Lupicin withdrew. The anonymous author of the life of Saints Romain, Lupicin and Oyan, exposed in the life of the Fathers of the Jura, wrote in the 6th century, that Saint Romans retreated to the neighboring deserts of the city of Mont-Jura: “Vicinas Jurensium Villae , silvas intravit “. It would be according to DUNOD DE CHARNAGE of the municipality of Villards d’Héria.
CHIFFLET shows that the Villa Jurensis which welcomed Saint Romain can not in any case be Saint-Claude, but the site of the commune of Jeurre.

Chifflet – A construction in the lake
Chifflet sees in the lake in low water period a building (and not several) whose merlons and made of roof appear.
“Also, in our time the lake level, sometimes lowering a lake settles intermittently there, it is remembered that merlons and rooftops of a building founded there, that they say, exceeded the surface of the water. ”
Chifflet – A monetary workshop
CHIFFLET indicates the possibility of a monetary workshop at the edge of the lake, with many currencies even masses of pure silver.
“Some conjecture that money-makers have resided there because here or around it is said to have found in our time, in addition to very old coins (money), a large mass of raw money, which seemed prepared to strike currency ”
Is there continuity in the minting of money between the Gallo-Roman and Merovingian periods?
Chifflet – The treasure of Saint Lupicin
In the manuscript of CHIFFLET one finds the same mention as in the life of the Fathers of the Jura, where it is questioned that Saint Lupicin acceded to a treasure every year: “It happened, as the Abbot Lupicin did not have anything to feed a so great community, that God revealed to him, in the desert, a place where once treasures had been buried. At this place he went alone, and brought back to the monastery all the gold and silver he had been able to load; with this he bought provisions and fed the multitudes of brothers he had gathered in the service of God. So did he every year. To no brother he revealed the place that the Lord had deigned to reveal to him. ”
“(Note Marginal) As Gregory of Tours reports, in De vitis Patrum, chap. 1, num. 3 [see Appendix to VPJ, p. 452-453], that s. Lupicin had found, by divine revelation, treasures of gold and silver, enough to feed his holy family, there are some who think that these treasures had been thrown into the lake of Antre, or buried in its neighborhood by the Romans, when, before the onslaught in Gaul of the Vandals and other Nordic peoples who had crossed the Rhine, they had had to give them their place. ”
Chifflet – City of Antre
Without knowing the notion of City of Antre, developed by DUNOD in 1697, CHIFFLET presents an embryo of agglomeration which extends from Jeurre on the river “Bienne” to go up to the lake of Antre.

View all posts by Sampi 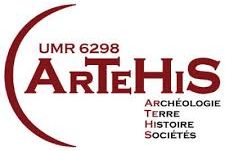 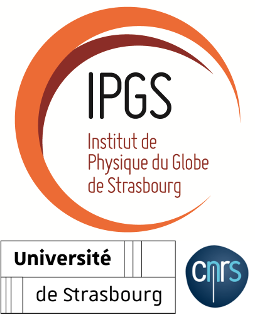